The Jesus You Always Saw, Never Knew, Set To Become Your Own Personal Nightmare?

Is the Disk Image of the Beast a GRIN Tech Quantum Hologram?

"Disk images, in computing, are computer files containing the contents and structure of a disk volume or an entire data storage device, such as a hard drive, tape drive,floppy disk, optical disc or USB flash drive. A disk image is usually created by creating asector-by-sector copy of the source medium, thereby perfectly replicating the structure and contents of a storage device. Depending on the disk image format, a disk image may span one or more computer files.
Disk image - Wikipedia, the free encyclopedia
http://en.m.wikipedia.org/wiki/Disk_image

"Joel Garreau, in Radical Evolution, lays out three possibilities, all stemming from Ray Kurzweil's "Law of Accelerating Returns." Garreau focuses on the so-called GRIN technologies: Genetics, Robotics, Information, and Nano-Technology. He sees a world where the understanding of our biological programming (genetics), allows us to build tiny robots (nano-technology, robotics) as an artificial immune system that can be updated wirelessly no matter where you are (information). In other words, he feels all four of these technologies will converge to change the rules of the human condition—for better or for worse.
He postulates that humanity will either a) fulfill the utopian dream of Kurzweil and the other optimistic futurists—what he has entitled the "Heaven Scenario," b) succumb to the greatest corruption and ill-will that humanity has ever experienced—the "Hell Scenario," or c) reign technology in as tools of our will, deciding for themselves what their destiny is—something that he termed the "Prevail Scenario." I'll examine this seemingly even-handed analysis of the future implications of the curve of the "Singularity" from the perspective of Jacques Ellul."
Objectifying Humans
http://ieet.org/index.php/IEET/more/neumann20131014

The Luciferian GRIN set to teleprompt mankind into The Future, the obsolescence of mankind.

Why the future doesn't need humans ...

An Easter Surprise: A Quantum Hologram of Christ's Resurrection? - Chuck Missler - Koinonia House
Dame Isabel Piczek—a Hungarian trained particle physicist and internationally renowned monumental artist—has apparently uncovered hard, scientific evidence that Jesus Christ did, in fact, rise from the dead.
The object of her study is a simple piece of ancient fabric known as the Shroud of Turin.
The Most Studied Artifact in History
The Shroud of Turin is arguably the single most studied artifact in human history. It is a piece of ancient linen measuring 14 feet 3 inches long by 3 feet 7 inches wide. The bloodstained surface of the Shroud is marked with a negative image of the undistorted front and back sides of a naked man who appears to have been severely beaten and crucified—an ancient Roman form of torture and execution.
[...]
"If confirmed, this discovery is expected to yield a totally new perspective on the very "singularity" [distinct from Technological Singularity] attributed to the Creation of the universe in the first place. Piczek's discovery—and those of other scientists and re-searchers who have studied the Shroud—is presented in The Fabric of Time, a television documentary and DVD from Grizzly Adams® Productions.
http://www.khouse.org/articles/2009/847/

Future-Past, the future that never was, that you never knew, history shaped, hidden from you. For, to the victor go the spoils, and he who controls then past, controls the future.

Just as Jesus made theophanic time-travel appearances throughout history. (Read about God walking with biophotonic Adam and Eve, Melchizedek, The Angel of The Lord, and of course His New Testament Chronicles.) In like fashion, our Adversary has possessed spacetime inhabiting mankind and their offspring.

"Consequently, if Antichrist is the reincarnation or representation of the return of nephilim, transhumanism, and related sciences, which imagine remanufacturing mankind via GRIN technology including integration of human-animal genetics, eschatology believers could imagine transhumanism as the fulfillment of Matthew 24:37—that the end times will witness a repeat of "the days of Noah."
Comparisons between Nephilim History and Transhumanism
EARTH'S EARLIEST AGES: G. H. Pember and the Return of the Nephilim - Part Seven
http://www.raidersnewsupdate.com/pember7.htm

The Jesus You Always Saw, Never Knew, Set To Become Your Own Personal Nightmare? 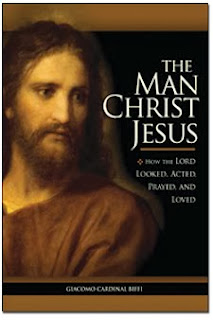 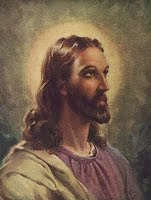 The Shroud of Turin
https://www.shroud.com/ 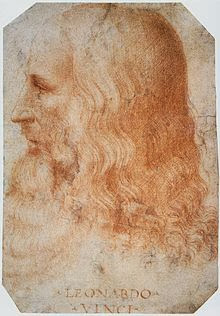 Don't look for GRIN nephilim to materialize as grotesque monsters, for they will look like you or I, human only in appearance, not substance.

Considering, we do not actually know what Jesus the historical person looked like, it is possible mankind has been conditioned to perceive Him as the photos above portray Him. As the deception of the End Times will be so grandiose, even the very elect would fall victim to Antichrist's plan to con man from eons past. The Jesus You Always Saw, Never Knew, Set To Become Your Own Personal Nightmare?