In order to "see" through the eyes of those whose "mock polite society" through symbolized references to "Baal's Shaft and Cleopatra's Needle — Phallic Architecture and Sex Monuments of the Illuminati", please read ...
http://forthtell.blogspot.com/2011/12/baals-shaft-and-cleopatras-needle.html

SEXUAL CONNOTATIONS TO MASONIC SYMBOLS: SEX IN THE "G" [spot]
The letter "G" is displayed quite often in Masonic symbols.   The initiate is told that this letter stands for "God" and for "Geometry," which the Supreme Architect of the Universe used to design the universe.
However, Arthur Waite, Occultist and 33rd Degree Mason quotes Eliphas Levi who is also a 33rd Degree, tells us that the letter "G" stands for Venus, and that Venus' symbol is a lingam, a stylized phallis. [Masonic author, Arthur Edward Waite, The Mysteries of Magic: A Digest of the Writings of Eliphas Levi , Chicago, , DeLaurence, Scott, and Company, 1909, p. 217]
Albert Pike states within Morals and Dogma [page 631-32] that the Monad [#1] is male, and the Duad [#2] is female.  Their sexual union produces the Triad [#3], which is "represented by the letter 'G', the generative principle."  This term, "generative principle," is code for the sex act.
http://www.theforbiddenknowledge.com/symbology/5o5.htm

MASONIC EMBLEM OF SQUARE AND COMPASS DEPICTING SEX
Masonic authors boldly state that the symbolism of the traditional square and compass of Freemasonry represents the heterosexual sex act.  Listen to Albert Pike explaining this fact to members of the 32nd Degree.  "The Compass, therefore, is the Hermetic Symbol of the Creative Deity, and the Square of the productive Earth or Universe." [Morals and Dogma , p. 850-1].  Therefore, the Masons look at the compass as the male phallus and the square as the female vulva.  As you look at the Masonic Emblem here, you can see the obvious penetration of the female square point by the points of the Compass.  One point of difference here is that the Satanist generally reverses the sex roles of the Compass and the Square.  However, whichever way you look at it, the Compass and the Square are thought of as depicting the heterosexual sex act.
http://www.cuttingedge.org/free16.htm

Keep in mind, the “V” symbolically represents the compass, and anatomically represents the male or female (upright or inverted).
Something else to ponder is the multi-dimensional  representation, and/or facet that is symbolized.
For instance the circle w/ the compass, when symbolized within the circle can represent the union, i.e. the phallus within the female.
You need to “see” the symbol in 2D, 3D, etc., as well a seeing it in profile and/or/both plan/aerial view.
If you have not read "Baal's Shaft and Cleopatra's Needle — Phallic Architecture and Sex Monuments of the Illuminati", please do.
Your perception of innuendo will be heightened.  You will see, human culture is immersed in anatomical references to the union of the male and female.
http://forthtell.blogspot.com/2011/12/baals-shaft-and-cleopatras-needle.html

Stylized / generalized compasses and anatomical union...
(Please see below for commentary regarding various images found below.) 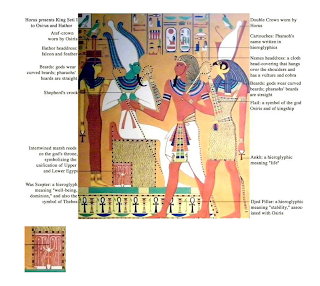 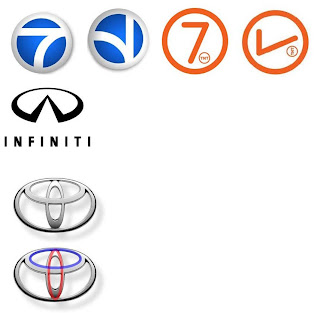 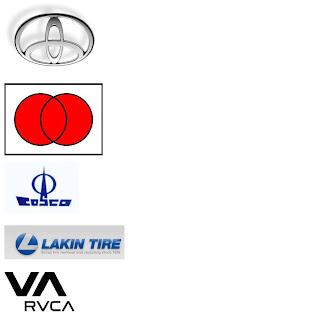 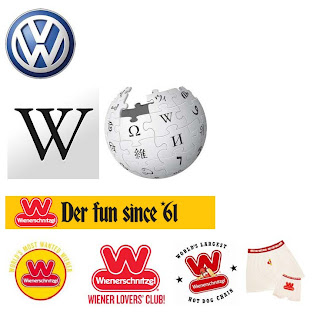 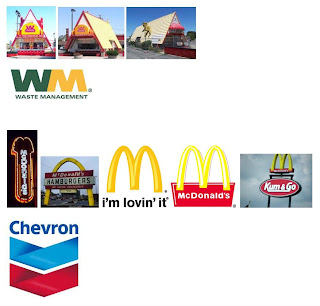 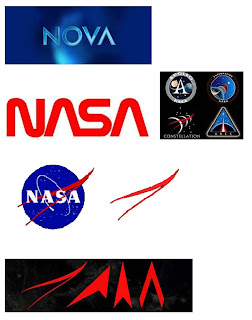 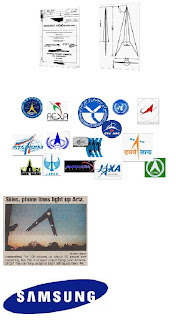 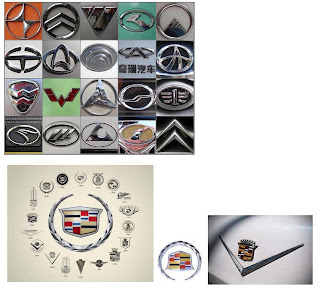 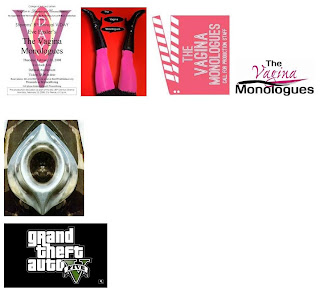 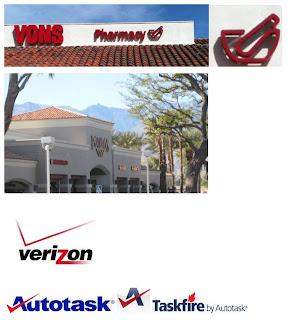 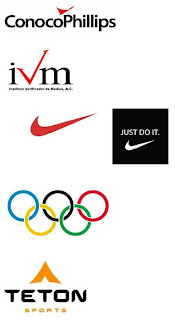 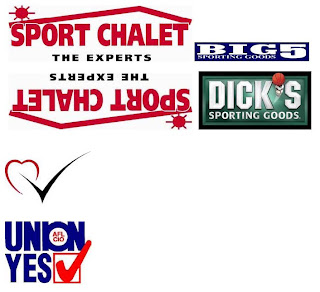 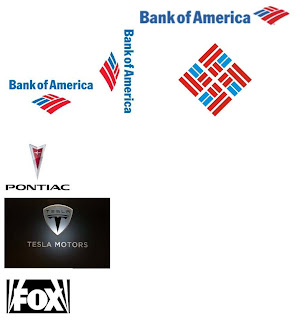 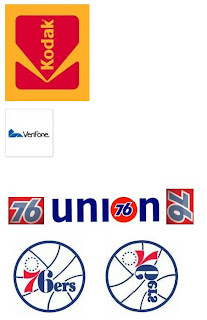 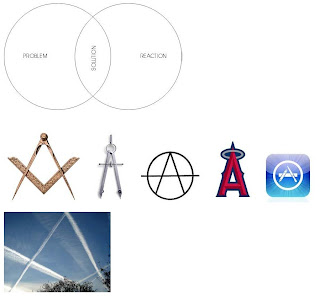 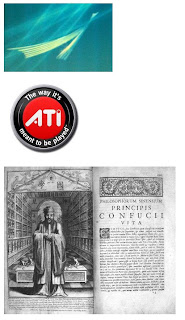 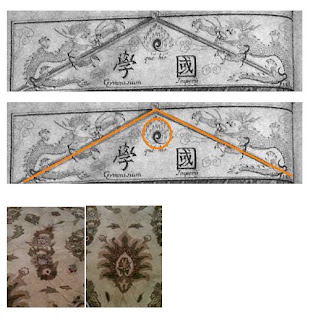 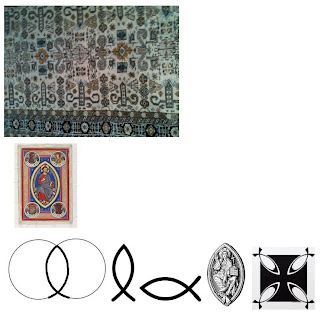 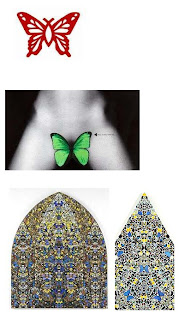 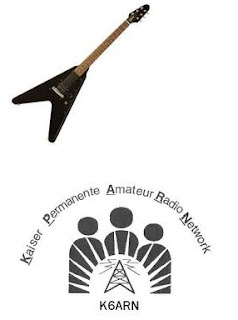 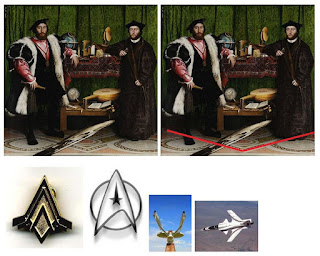 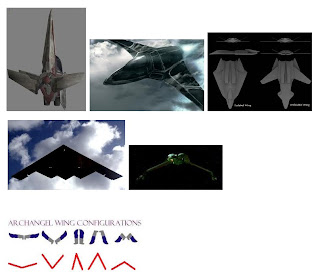 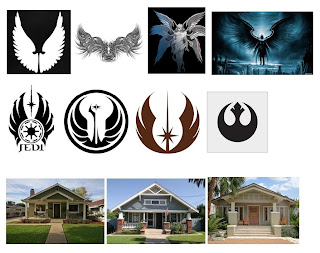 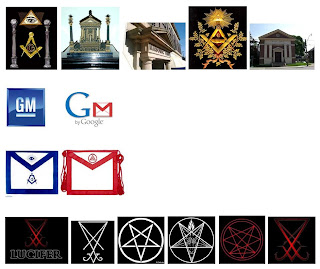 Intertwined, union, hmmm, anatomically, what are we looking at here…

Wiki: In geometry, an ellipse ...
To draw the orbit with a pair of compasses the centre of the circle should be offset from the focus by an amount equal to the eccentricity multiplied by the radius.
http://en.wikipedia.org/wiki/Ellipse


Chevron as defined by Merriam-Webster dictionary:
chev•ron noun \ˈshev-rən\
: a figure, pattern, or object having the shape of a V or an inverted V: as a : a heraldic charge consisting of two diagonal stripes meeting at an angle usually with the point up b : a sleeve badge that usually consists of one or more chevron-shaped stripes that indicates the wearer's rank and service (as in the armed forces)
Illustration of CHEVRON [as see above]


CNet – Download.com (“Shuttlecock”) "V u" icon:
As noted above, Old English used “u” & “v” as the same letter, a union per se…
Union Bank:
Notice, the slit (male) in the bank logo, adjacent a “U” (female) from the word “Union”.
(The ATM screen is the only place I can find both male and female logos.)

“The NASA LOGO bears a "Vector" symbol across the blue orb.
“The Hypersonic Wing Design was the latest in aeronautics in 1959, when the Official NASA LOGO was designed.
“We have to wonder why all the foreign space agencies have adapted this "Vector" as their insignia, including Japan, China, Mexico, Russia, Korea, Belgium. Malasia, even IRAN our enemy, The Air Force, Military ,DOD and Corporate Aerospace companies, such as Lockheed Martin, you name it they have all chosen this symbol. In Moon Rising the symbology is revealed appearing in 15th Century Frescos. What were those artists trying to convey to us? What is even more intriguing are the "space objects" that have been filmed on NASA cameras that are identicial in form and shape to this symbol. Either they are all paying homage to a space entity or this is all a coincidence...?
http://moonrising-themovie.com/


Anatomically, what is the female version of “vovlo”?
Hmmm, union of male and female in one symbol, again.
"The Kaaba (Arabic: الكعبة‎ al-Kaʿbah IPA: [ʔælˈkæʕbɐ], English: The Cube)[1] is a cuboid-shaped building in Mecca, Saudi Arabia, and is the most sacred site in Islam. [...]
pilgrims can kiss the [black meteorite] Stone, as Muhammad is said to have done.
http://en.wikipedia.org/wiki/Kaaba#Black_Stone

The “check mark” is a “v” for the feminine, & a profile view of the erect phallus – a union.

Good Bye, “God by with ye”.  Good means God, God is Good.
The roman numeral for 5 is “V”.
The sporting gods of Mount Olympus.
“Historians have long puzzled over the identification of remote planets as ancient, often towering and capricious gods.
Without the aid of telescopes, five visible planets appear as star-like bodies in the sky. But no one has explained why, with extraordinary consistency, ancient traditions identified the planet Venus as the mother goddess.
Similarly enigmatic is the worldwide identification of the planet Mars as a cosmic warrior, while more enigmatic still is a globally-remembered “marriage” of this warrior to the celebrated goddess.
And why, in the linkage of gods and planets, did early astronomers name the planet Saturn as the primeval Sun?
Scientists and historians commonly assume that the sky above our early ancestors looked very much like our sky today.
If ancient testimony holds a secret for us, the key must lie in the cross-cultural convergence of testimony on highly “improbable” details.
In its cross-cultural convergence, the picture of the ancient sky bears no resemblance to the uneventful solar system of popular theoretical assumptions.
http://www.thunderbolts.info/wp/events-5/electric-universe-2012-conference-the-human-story/themes-eu-2012/theme-c/

The power elite are masters of anarchy.  Using lawlessness to bring about the desired solution (dialectic).
Problem – Reaction – Solution.  The union per se’ …
Modern art was CIA 'weapon' - World, News - The Independent
http://www.independent.co.uk/news/world/modern-art-was-cia-weapon-1578808.html


Wiki: peace symbol[...] was popularised by Pablo Picasso in 1949 and became widely used in the post-war peace movement.
http://en.wikipedia.org/wiki/Peace_symbols


Eye spy … how many phalluses can you count…http://en.wikipedia.org/wiki/The_Ambassadors_(Holbein)

Using Ockham’s razor, I’d say the basic geometric form for flight is a “V”.
And we are not left ignorant of the one who has the “power of the air.” (Eph. 2:2)

The temporal “god of this world”.  (2 Cor. 4:4)
The usurper who masquerades as an angel of light. (2 Cor. 11:14)
The “anointed cherub that covereth.”  (Eze. 28:14)
Even residential architecture demonstrates the depth to which the grand architect’s influence has pervaded culture.


GMC [General Medical Council] to reveal masonic links
Members of the General Medical Council will be required to declare whether they are freemasons in a move to reassure the public about the fairness of the doctors' ruling body.
http://www.independent.co.uk/news/uk/politics/gmc-to-reveal-masonic-links-622483.html


Manly P. Hall, 33rd Degree Mason tells us of the attainable “seething energies of Lucifer” …
"The day has come when Fellow Craftsman must know and apply their knowledge. The lost key to their grade is the mastery of emotion , which places the energy of the universe at their disposal. Man can only expect to be entrusted with great power by proving his ability to use it constructively and selflessly. When the Mason learns that the key to the warrior on the block is the proper application of the dynamo of living power, he has learned the mystery of his Craft. The seething energies of Lucifer are in his hands, and before he may step onward and upward, he must prove his ability to properly apply energy. He must follow in the footsteps of his forefather, Tubal-Cain, who with the mighty strength of the war god hammered his sword into a plowshare." [Manly P. Hall, 33rd Degree, K.T., The Lost Keys of Freemasonry or The Secret of Hiram Abiff , Forward by Reynold E. Blight, 33rd Degree, K.T., Illustrations by J. Augustus Knapp, 32nd Degree, Macoy Publishing and Masonic Supply Company, Inc., Richmond, Virginia, p. 48; Emphasis Added]
http://www.theforbiddenknowledge.com/symbology/1o5.htm
Posted by Forthtell at 2:58 PM